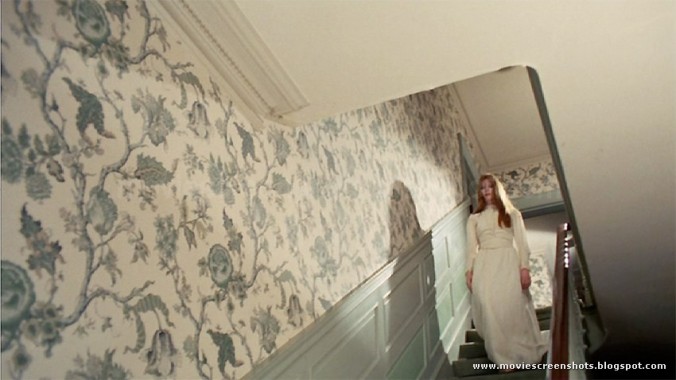 How does one watch John Hancock’s 1971 thriller Let’s Scare Jessica to Death? Let me detail the way!

Step 2) At the top of the next screen, click “videos” in the menu just below the search box

Step 3) Out of the 128,000 or so results that appear, find the option that comes from archive.org and click it.

Step 4) Now go back and put a line through steps 1 – 3 because you can skip those steps and go directly to archive.org and search for the title on the site ( Hey, I had to go through Steps 1-3 the first time, so you should too!)

In step 5, I write of “fears.”  What fears are these? I will tell you! I am referring to paralyzing trepidation that will overtake your body when you realize that you are about to endure 89 minutes of a low-budget film from the early 1970s.  I point to those moments of bitter agony when you are first exposed to the actors’ awkward performances; moments that occur early on in the film, causing you to wonder “will this be worth it?” “Shall I abandon the ship now before I get in too deep?”  Beware of the the forced frivolity that occurs when the four main characters sit down to dinner – laughter that is supposed to be natural and lighthearted will become forced and mechanical, like the maddening giggles of an eerie doll.  By this time, your fears may be great, for you have been down this road several times before, trying to give an old, low-budget film a chance, being ever so noble, gambling a large chunk of your evening, only to endure much pain as the movie fails to improve.  Folks, I have good news for you. Let’s Scare Jessica to Death does get better.  The overall style and genuinely creepy scenes make-up for those common imperfections that are often found in low budget films.

Let’s Scare Jessica to Death is one of those creepy films that has haunted me since my childhood. It refused to stay buried, and so I saw it again in my twenties. Now, in 2018, at the ripe young age of forty-six, it was time for me to face it again. (I write of a similar experience in my review entitled Memories That Would Not Fade on Account of the House That Would Not Die)

I had forgotten most of the plot; I only knew that it had something to do with a young lady that was recently released from a mental institution (hint: her name is Jessica) and a haunted house that was waiting to welcome her back to reality. Actually I wasn’t even sure if it was a haunted house. I had remembered her being “with friends” in some kind of scary environment by a lake. Were these friends trying to scare her to death, take advantage of her fragile emotional state for some kind of ill-gotten gain?  That would have explained the title, for sure. Anyway, I wasn’t sure. Oh but I had to be sure.  If this is indeed a haunted house film, then I needed to know those details so that I could do my duty and write up a review for this blog.   And that is what happened.  In the end I say that this film qualifies as a haunted house film.  And I am glad I watched it again.  This third time I enjoyed it, despite certain shortcomings. Hopefully I will remember the details of the story for a long time to come. I can understand why I didn’t remember the details from my first viewing experience. After all I was about, I don’t know, eleven years old?  But why couldn’t I remember any specifics the second time around? Maybe I was stoned. I don’t know.

The story as to do with madness, a country house, the undead, and hippies. Jessica has been released from the asylum in the care of her husband Duncan. They are to begin a new life in the country. Along with a hippie friend named  Woody, they move to a farm house, where they will work the land. The old men in the nearby town are creepy. (No they are  not creepy BECAUSE they are old men, I’m not ageist, they are just creepy in general).  The house they have purchased has a history. Owned by the Bishop family in the 1800s, young Abigail Bishop  drowned in the nearby lake shortly before her wedding day. Her body was never found!  At the farm house, there happens to be an old silver framed picture of the Bishop family; mother, father and daughter (Abigail). Portraits of people long since dead always have something to tell in haunted house movies!  And you know what else the farm house has? A hippie girl named Emily. She has been squatting there.  Duncan and Jessica invite her to stay, so now we have two couples and a total of four main characters. Meanwhile Jessica is hearing voices. She is seeing doors and rocking chairs move on their own accord. Is her madness returning or is this house really haunted?

The finer points of the plot surprised me upon this third viewing. First of all, I was wrong about Jessica living with “friends” after her release. Well yes, there is friend Hippie Woody and newfound friend Hippie Emily, but I hadn’t realized she was with a husband until the third viewing. Secondly, I was off base when I had assumed that the plot revolved around people close to Jessica trying to “scare her to death”. I won’t rule that out for you, my lovely potential viewers of this film, but there is more involved than that (if that is an issue at all).  How could I have forgotten that film involves the “undead”; also known as vampires! In fact, on Wikipedia, this film is compared to Joseph Sheridan Le Fanu’s  1871 vampire novel Carmilla (I wrote about that novel at HorrorNovelReviews.com ) I see faint similarities but nothing more.

Throughout my synopsis, I often refer to the term “Hippie.” But it’s not just me, Wikipedia also uses the term to describe some of the film’s characters. Certainly this term dates the movie. You know what else dates this film? The background music. For me it is a good thing. There is the gentle music from an acoustic guitar mixed in with the sounds of nature. There is a piano to accompany the flowing waters. The film does have its moments of symphonic scares, but it’s nature’s noise and the simple sounds of the guitar and piano that stand out and do their job well at complementing this simple movie. For some, this guitar and piano might scream “Hippie Music!!”, but not me. It is simply appropriately atmospheric.

Over the years, the film has achieved cult status. Its mixed reviews are a testament to both its low-budget style (with amateur acting at times) and simple yet effective use of a creepy atmosphere in its storytelling. One can find the filming location in Old Saybrook, Connecticut.  There they can see the creepy cemetery, the stores on main street (where the creepy old men gathered) and the scary, gothic style farm house.   See for yourself!

Hmmm, what else can I say about this film? I know!  The hippie girl Emily, she is played by Mariclare Costello  who was once married to the late Allan Arbus. Arbus, of course, of course, played Psychiatrist Dr. Sidney Freedman on the TV show MASH.

His famous line is “Ladies and Gentleman, take my advice. Pull Down you pants and slide on the ice.”  But to me, Mariclare Costello stands out on account of her resemblance to Jim Morrison’s girlfriend Pamela Courson. See the similarities yourself: