The 2015 Academy Awards is about to be unleashed onto the airwaves. Year after year it takes us by storm, and we wonder who will win the Oscars. In the middle of all this anticipation, did you ever stop and wonder why that golden statue bears the name Oscar? What’s that? You never really cared enough to contemplate that question? Well too bad for you, because I’m going to give you a non-answer to the question.

Who is Oscar? It’s a name you rarely hear. Maybe you have met one Oscar in your lifetime, possibly two but that is doubtful. What’s that? Someone objects?   Maybe it’s you. You come to his blog, fighting to disagree, with a whole list of “Oscar” acquaintances to back you up in this brawl. Well aren’t you special! Okay, I’ll allow for the fact that there is someone out there that knows three or more Oscars. Some weird ass anomaly of a person has an Uncle Oscar, a neighbor named Oscar. This person regularly chats with Oscar the Mailman, has a goldfish named Oscar, and so on. But I tell you that the name is rare (as opposed to “well-done”).   So how did this rare name get attached to the golden statue?

Academy Award historians (I don’t even know if such a group of historians exist, I just made it up) can’t even agree on the origins of the name. Bette Davis claims that the statue is named after one of her husbands – Harmon Oscar Nelson. He was this bandleader guy.  Others claim that the Academy’s executive secretary, one Margaret Herrick, named the statue after her Uncle Oscar back in 1931. Whatever the history, we are stuck with the name. I see no movement in the foreseeable future to changing the name to “Irving” or “Fred” or even “Barney”.

Anyway, I got to thinking – How many Oscars do I know? There was this one guy who worked with me at Kmart way back when who was named Oscar. So there- I filled my Oscar quota for my lifetime. Of course, there are all these famous Oscars running around out there in the media. Some are alive, some are dead. Some are fictional, some are not. Some are obvious, some are rather obscure.

I could only think of ten famous Oscars, not including the golden statue. Okay, so maybe you know of more. Well goodie for you! What I’m going to do is compare and contrast these 10 Oscars with the Oscar ceremony and statue.   Don’t think it can be done? Sure it can! And here I go!

The Oscars – spawn fashions that are often dead on arrival

The Oscars have been postponed because of the shooting of Ronald Reagan and the assassination of Dr. Martin Luther King Jr.

Oscar Pistorious’s Olympic career has been postponed indefinitely because he murdered his girlfriend.

Popeye’s Oscar is the least recognizable cartoon character in the world.

Oscar Madison had to put up with Felix Unger, an annoying roommate who overstayed his welcome

The Oscars had the same problem with Billy Crystal, who hosted way too many shows.

Oscar The Grouch loves his trash

So do The Oscars (Titanic anyone?)

Oscar De La Hoya is known as “The Golden Boy”

The Oscar Statue is A Golden Man

One of these Oscars gathers together the foulest organs of swine

and the other makes sausages 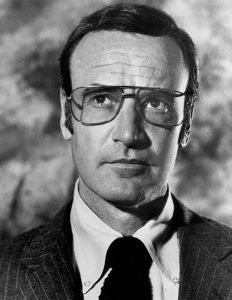 The Oscars preside over a six billion dollar industry

Oscar Wilde wrote “We are all in the gutter, but some of us are looking at the stars”

That about sums up the sentiments of those watching the Oscars.