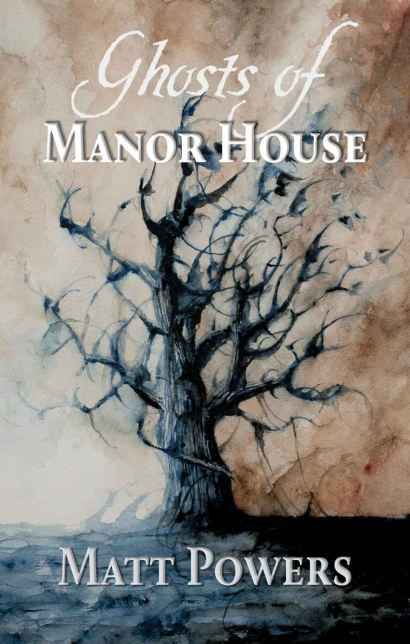 If you have been a regular reader of my reviews, it should be no secret that I crave certain things from the haunted houses of literature. I have a criteria by which I base my story preferences. That being said, there are many decent  haunted house stories that fail to abide by this criteria.  I may enjoy these stories, but chances are, for me to knight a book with greatness, it has to live up to my standards.  Mind you, these standards are subjective. But hey, much of this entire blog is devoted to my points of view – so let me continue on subjecting you to my subjective opinions!

In my article Social Theory and the Haunted House, I have delineated between two types of haunted houses. They are either:

I prefer B) I want the houses to do more than just serve as a backdrop for exhibitionistic ghosts.  I want the house to be as much of a contributor to a haunting as the spirits that occupy it.  A good haunted house has consciousness. Maybe the house itself is a spirit. Or maybe it is alive.  The house should be able to exert its will on its inhabitants, with or without ghosts. The house should have a rich history; it should have stories from the past that speak to its present nature.  A good haunted house has a memory. Moreover, I love a house that exerts the power of symbolism. It should stand not only as a structure of brick or stone, but as a representation of an enduing entity. A kingdom perhaps, or a lineage or family. Maybe it stands for existence itself; for endurance incarnate.

Ladies and Gentlemen, I present to you: Manor House. This house meets most of my criteria. Its ghosts respect and honor their home. So let’s give it up for Ghosts of Manor House, an excellent novel by Matt Powers.

Here are some words from the author himself:

When writing a book, people tell you to develop your characters and soon they write themselves. This became true for me, but the characters that spoke to me the most were Manor House and its partner, Mr. Travels. These two entities drew me into their world. The others are satellites, flies caught in the web of old spirits. Like the characters in this story, Manor House drew me in and captured me.

This paragraph is taken from the beginning of the book in a section called Note From the Author. And I have to say, these two “characters” spoke to me too.  I got to know Manor House in its many carnations. From a courthouse in its early years to a bed and breakfast in a more modern age.  From a revered building where harsh judgments were cast upon doomed  detainees to an inviting retreat center that loves its guests so much that it just doesn’t want to let them go!  While a regular old, aging  house collects dust, Manor’s House gathers up ghosts.  I just love Power’s description of a  “web of old spirits.”  It suits Manor House to a tee!  And now, from a tee to a tree!  The tree is Mr. Travels. Its sinewy branches cast shadows across the grounds of Manor House.  It too has seen its share of history.  Many people perished on its low hanging branches. The stuff of legend has given it a most unique origin. It is connected to Manor House in a most mysterious way. Perhaps it serves as the pulse of the house?  It wouldn’t be surprising. While the author was giving me a tour of the house via the story, I could swear I felt the house’s heart beat. Was this in the basement? I can’t recall.  Maybe its best that I don’t remember.

The bulk of the story takes place in the mid 1970s and revolves around Edmund and his family. The family has suffered through a tragedy, so Edmund arranges for a getaway to help ease their suffering souls. He reserves Manor House for his wife Mary and his children. It comes equipped with a full staff; a butler, a maid and a gardener.  Now get this – in chapter entitled “One Week Later -Escape from Manor House”, Edmund is fleeing the house while some of the staff are trying to convince him to return.  In the following chapter, “Welcome Back to Manor House,”  Edmund is alone, getting set up in his new place that is Manor House. He is supposed to meet his family there and….where are they? THAT is the question that pulls readers to the end of the book.  Yes readers, Ghosts of Manor House is a suspenseful novel.   To keep the suspense alive, Powers’ reveals just enough information – here and there, chapter by chapter. It’s all about healthy, measured spoonfuls of clues. Never too much – there are no mass information dumps. You will not get literary indigestion.

At 133 pages, Ghosts of Manor House is what I would consider a short novel. It is short, but it is complete. Within this novel of limited length, there is a tome of possibility. I’m looking for sequels and prequels. Of course that is up to the author.  Or maybe it isn’t! Maybe it’s Manor House itself that is in control. Matt Powers brought it to life and maybe the house will exert its living influence back on the author and entangle him in its “web of spirits,”  forcing him to write his way out!  With no sadistic intentions, I hope this happens.

Visit Matt’s Blog at https://www.ghostsofmanorhouse.com/  or just click on the picture below an teleport yourself over there!