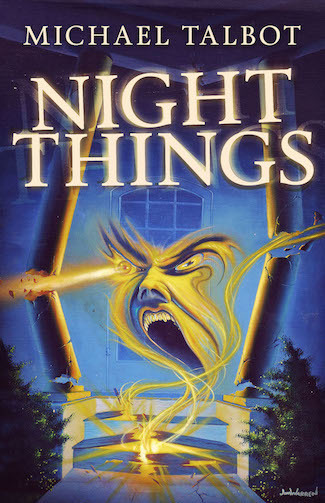 What a noble effort! A publishing company dedicated to reviving rare and out of print books. I am referring to Valancourt Books. Some of their specialties include gothic and horror literature. Take these two genres, get them drunk and throw them in a room together. What will spring off from this mating? Haunted House novels! There are plenty of such novels available for purchase at their website. The subjects of some of my previous reviews are books re-released by Valancourt Books. They include Burnt Offerings by Robert Marasco and The Elementals by Michael McDowell. Of course I read an original copy of The Elementals and the publisher listed was Avon Books:  A Division of The Hearst Corporation,  but still, it is available today at Valancourt Books.

I loved both Burnt Offerings and The Elementals. I’m sorry to say that I can’t share this love for the novel that is up for review in this blog entry, another title rereleased by Valancourt Books. I’m loving me some Valancourt Books, but I’m not feeling it for Night Things by Michael Talbot, originally released in 1985.

To be fair I liked the first half of the book. It’s the second half that ruins it for me. I felt as if one writer began the story then threw down the pen and went off to go sailing. Then it seemed a second wannabe writer was snooping around the first writer’s study and came across the half-completed manuscript and then decided to finish it. This seems so at least from the perspective of the plot. The writing style is consistent.

Night Things has a promising beginning. It includes a backstory of a woman shrouded in mystery, who, as a young girl, has been plagued with haunting visions. As an adult, she had fortified herself in a custom designed house. Its interior is like that of a labyrinth with connecting rooms and long corridors, all built utilizing uncanny geometry. Some reviewers have compared this house to the houses of The Haunting of Hill House and House of Leaves.  But I cannot indulge in this comparison since Night Things is inferior to both of these novels.

Many years later, a newly formed family of three is set to stay in the house for the summer. Relationships are strained. Lauren’s new husband Stephen does not take to ten-year-old son (approx. age) Garret, nor he to him, and this tension sets forth some interesting character dynamics. Late in the night a ghostly phantom begins to visit Garret in his bedroom. Shit is getting good! All the ingredients for a good haunted house novel are in place.

Stephen takes a long absence from the story and this absence creates a conspicuous void in the pre-established story. Myth and spiritualism and “the explanations of it all” are awkwardly dumped into the story by passerby characters. The “Night Things” lose their mystery. One such “thing” has the hackneyed title of “The Master”. He leads around pathetic man in the likes of Dracula’s Renfield or Frankenstein’s Ygor.   The Epilogue doesn’t seem to fit with the ending developments.

I wish I could have enjoyed this book more, not only for the sake of Valancourt Books but for the author as well. Michael Talbot died of Leukemia in 1992 at the young age of 38. 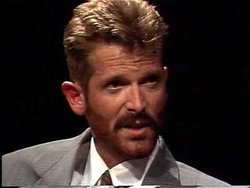 How sad. It should be noted that his accomplishments in writing come not from his fiction pieces such as Night Things, but from his works of non-fiction. He was a writer in the fields of science and new age. He wrote several pieces for Omni  and Village Voice.  Perhaps his most noteworthy work is The Holographic Universe, which is free online:

“. . . there is evidence to suggest that our world and everything in it. . . are also only ghostly images, projections from a level of reality so beyond our own it is literally beyond both space and time”

In Olav Hammer’s “Claiming Knowledge: Strategies of Epistemology of From Theosophy to the New Age,” Hammer states that Talbot postulates that “Consciousness affects material reality.”

I have read similar theories. Whereas I do not subscribe wholeheartedly to these theories, I find them fascinating. Perhaps I will explore Talbot’s work in these matters and leave his fiction behind. Night Things notwithstanding, it seems that Talbot was an interesting and highly intelligent person.

3 thoughts on “A Review of Night Things”