Once upon a post, I declared Shirley Jackson’s novel “We have Always Lived in the Castle” to be a haunted house story. Somewhere in the middle of this piece I even went so far as to title a section heading as “What Kind of Ghosts ‘Have Always Lived in the Castle’”.  This threw some readers off. They were ready to point out that “there were no ghosts in the story”. But then they read the stuff underneath the heading and it clicked. “Ah,” they said, “Now I see what you mean!”

See kids, ghosts do not always appear as things in white sheets. Nor do they always show up as glowing, semi-transparent figures.  Sometimes they are not seen at all.  Sometimes a ghost is not representative of one single personality. Sometimes there are ghosts not of a person at all, such as the ghost of a fading memory trying to resurface again, or the ghost of a feeling, long forgotten until that very moment when it suddenly haunts your heart with a confusing mixture of specificity and vagueness, familiar and foreign at the same time.

Perhaps you can see where I am going with this. There are many ghosts lurking around the pages of Eve Chase’s Gothic novel Black Rabbit Hall, but you must widen your perspective or you’ll miss them. The summers of 1968/1969 are ghosts, ghosts of timeless seasons long gone. They haunt one Lorna in the twenty teen years, these summers that came to pass and faded before she was even born.  Lorna experiences this haunting when she visits Black Rabbit Hall, searching for a venue for her upcoming wedding.  She has vague memories of this hall as a child, but what are these memories made of? She’s not sure, and that heightens her attraction to this place all the more. She becomes obsessed with the house.  This obsession is seen as toxic to her fiancée, sister and father.

It’s a mysterious, gargantuan house with many floors and too many rooms to count. It is old and rundown, but it has its hidden charms.  The grandfather clock named Big Bertie that has never been able to tell time is one. A stone turret that leads to what would be the bridal suite is another.  Outside the hall exists terrains of cliffs and fields, beaches and tidal waves, and forests and trees. In all this Lorna will get lost. She will lose herself. She can find herself again but things will never be the same. She needs to turn to the ghosts to help her find herself. The ghosts take the form of hidden inscriptions on large rocks within the woods. They emerge within the tales told to her by the inhabitants of Black Rabbit Hall, incomplete tales she must piece together like a puzzle in order to make things whole. One such inhabitant is the servant Dill. She was there when it all happened. (When what happened?) Then there’s Mrs. Caroline Alton, the elderly lady that owns the hall and is cared for by a Dill. She’s not quite the charmer, but there’s something about her. Ghosts cling to her like moths to a light. These ghosts will connect Lorna to past events and tragedies. They will be the source of fulfilling revelations and usher in a new future. 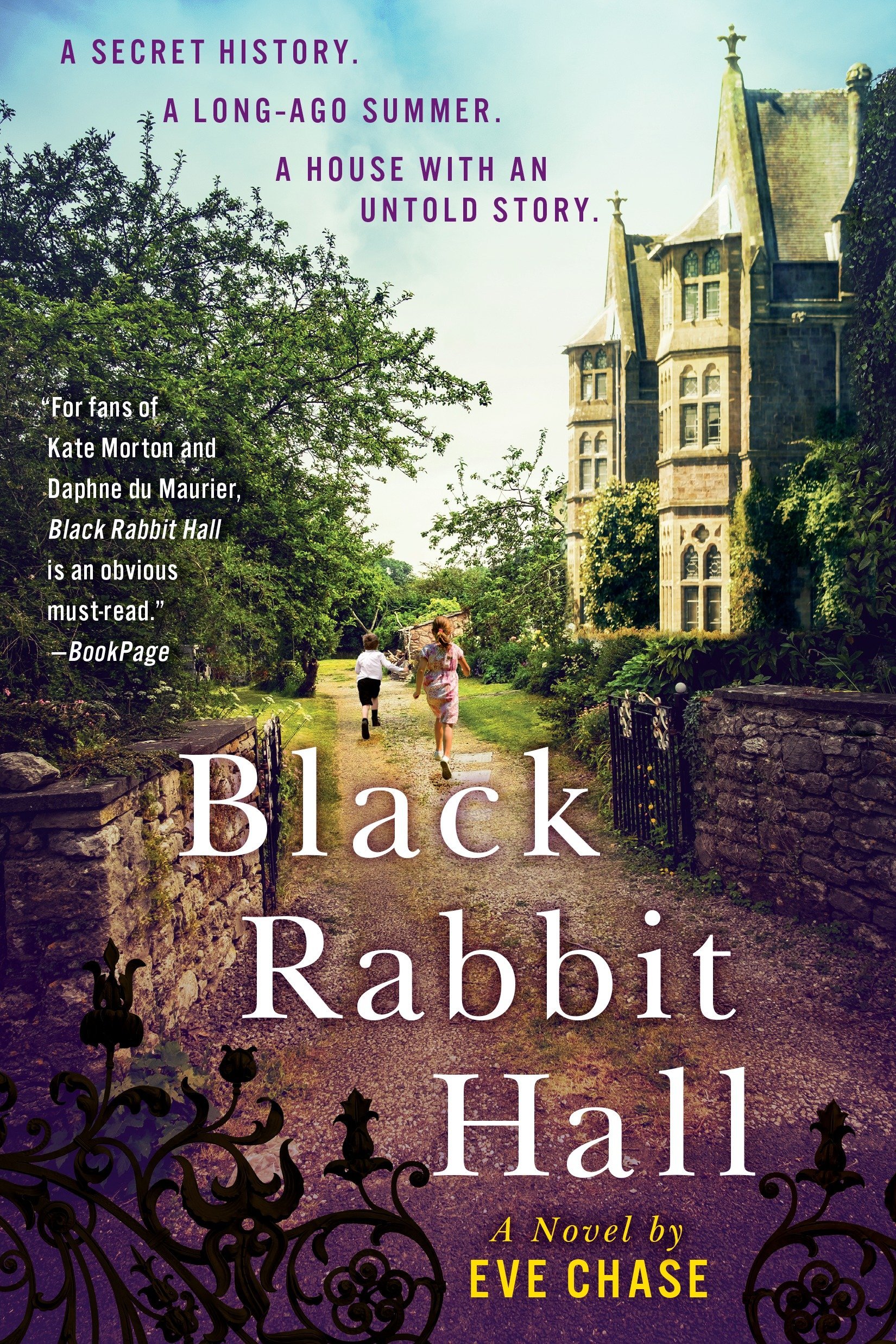 Let’s go back. Back to the summers of 1968, 1969.  Black Rabbit Hall was a summer retreat for the Alton family.  Away from the hustle and bustle of London, to escape to the countryside, off they go. Hugo and his wife Nancy, and their four children; teenage twins Toby and Amber, and the younger children Kitty and Barney (Wait, what about Caroline Alton?) Summers here seem timeless. Routines give in to the whim of the weather. Big Bertie dutifully holds back on time.

But ya know, ghosts are born in timelessness. They forever exist in timelessness; coming from the past, predicting the future, invading the present and blurring time’s boundaries.  This time period is seen through the viewpoint of Amber. Something will happen that will seal tragedy within this timelessness. Amber, like Lorna many years later, like her family in the present moment, must rediscover herself and help her brothers and sisters come to terms of the new life that is upon them.

To quote from the book:

you realize life is not at all linear but circular, that dying is as hard as being born, that it all returns to the point you think you left long, long, ago

This book was one of several items on a list of haunted house books. This list exists somewhere within the realms of the Google search engine. This is how I discovered Black Rabbit Hall.  Since it is featured on this list, I felt it my duty to justify its inclusion. That is why I spent much of this review defining and perhaps redefining the concept of ghosts. But for those who crave a more literal expression of such phantoms, you just might get it. Maybe.  Is the mysterious figure that marches out of the fields at night, leading an army of rabbit shadows, a ghost? Maybe.

As for Black Rabbit Hall being a haunted house – aren’t houses of this kind often portrayed as conscious entities? It sure seems as if it’s the house itself that protests a certain ceremony that takes place in its confines back in the 1960s. The house and its surrounding environment whip up a quite the storm, perhaps as an indication that such a ceremony, though at the right place, is in the wrong time, celebrated by the wrong people. If anything, the house is the collective spirit of many things, many events and people.  To quote again from the book:

For all its oddness and tragedy, she knows she will miss Black Rabbit Hall , as you do miss places that make you rewrite your own map, if only slightly, places that take a bit of you away, give you something of their spirit in return

The house, in its own way, has the ability to communicate, to call to the ones the belong and shun the ones that don’t.

I recommend this book and I’m sure you will enjoy this haunted house story. If you look for ghosts in the right places, you will find them.