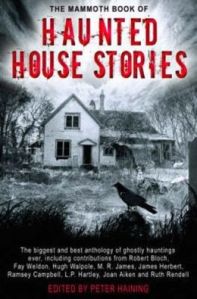 The “tome” that is the subject of this review should sit on the shelf above the fireplace. It should lure the eyes of visitors to its spine and provoke them to call out “What is that?” Then its owner can proudly say, “It’s an anthology of haunted house stories. It is The Mammoth Book of Haunted House Stories.”

The best platform for this anthology is the old-fashioned hard cover book (if that option exists.) It is not a book that needs to be read cover to cover. But it should always be on display in the den or reading room, no 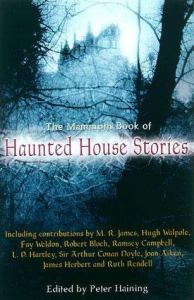 more than a few steps away from the easy chair. That way, whoever just happens to be sitting there before the lit fireplace with a snifter of Brandy will have this anthology at his/her beck and call.

Grab the book and pick a story, any story that you think is to your liking. Then read and enjoy.

I did none of those things. I bought it through my Kindle app. I read it from beginning to end, forcing myself to complete the stories I didn’t enjoy. Our house is not set up with a “reading room” or den. Mostly I read this from my bed before going to sleep. We have no fireplace and we have no Brandy. But oh how I prefer my original albeit fictitious scenario!

Despite not having the proper environment for this anthology, I enjoyed it much. Okay, so I didn’t like every story. The components of any given anthology will not satisfy the reader 100% of the time. That’s just the way it goes.

Compiled by British author and anthologist Peter Haining (2 April 1940 – 19 November 2007), The Mammoth Book of Haunted Houses is a collection of short stories and novellas from primarily British authors, many of which stem from the gothic tradition. It includes stories by famous authors such as Bram Stoker, Arthur Conan Doyle, H.G. Wells, Virginia Woolf, and Stephen King. Some of the stories are personal favorites of horror legends of film, such as Boris Karloff Christopher Lee, Peter Cushing and Clive Barker.

Haining himself claimed to have lived in a haunted house, so perhaps there was a certain level of personal significance attached to this project. He certainly had a fun and interesting way of introducing each story. Each tale begins with a page that is meant to resemble log entries in a real-estate transaction book, if such a thing exists. These intros look something like this:

Address: The country, city and sometimes neighborhood where the story takes place are mentioned here.

Property: Structural details are taken from the story and summarized here,

Agent: Biographical detail of the author. Sometimes this section contains other details such as a mentioning of famous people who admire the story.

Each section is comprised of stories that relate to the specified category. The seven categories are:

Phantom Lovers: Sex And The Supernatural

Psychic Phenomena: Signs From The Other Side

Houses Of Horror: Terror Visions Of The Stars

Finally, there is an appendix of full-length haunted house novels alphabetized by the authors’ last name. From Anson, Jay (The Amityville Horror) to Young, Francis Brett (Cold Harbour) with many greats in between, it provides a paragraph synopsis of each list entry.

All in all, there are forty-two stories in this anthology. (To see a complete list of all the stories, go here!)  I’ll briefly summarize three that I found to be quite enjoyable.

First is the first. That is, it’s the first story in this collection. Written in 1859 in the gothic tradition, it is a tale about a fellow who has a strong desire to spend a night in a haunted house. He gets his wish and experiences all sorts of phenomena. Walking footprints, furniture and doors moving and opening on their own accord, phantoms of light, dark shadowy substances that invoke a sense of dread, swarming ghostly larvae that the author describes as “…chasing each other, devouring each other” “shapes without symmetry” “movements without order.” The protagonist develops an interesting theory regarding the source of these manifestations. 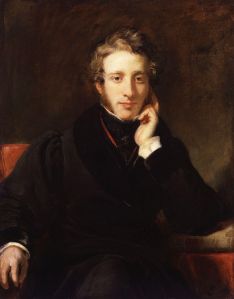 Here are some interesting bits of trivia concerning that author. Edward Bulwer-Lytton sat in the British parliament and was the Secretary of State for the colonies. He coined the popular quip “The pen is mightier than the sword” and the famous opening line staple, “It was a dark and stormy night.”

I am not familiar with Fay Weldon. According to Wikipedia, she is an “English author, 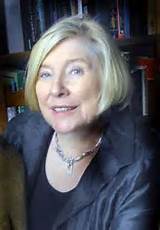 essayist and playwright, whose work has been associated with feminism.” Her work often “portrays contemporary women who find themselves trapped in oppressive situations caused by the patriarchal structure of British society.”

From what I gather, Waldon is not associated with the horror or paranormal genre. However, she has given the genre a rather unique and stylistic contribution with Watching Me, Watching You.

The ghost of this story is not the traditional apparition. It may not even be literal. It is the ghost that haunts all houses. It is the ghost of sorrow, of longing, of regret. And yet, doors open, knickknacks fall from shelves, and presences are felt. The same ghost haunts two different women, one is the ex-wife of a struggling writer, and one is his current wife. The ghost leaps from one woman’s shoulder to the other. Later, the ghost is able to teleport from house to house. Sometimes it remains in a house but goes to sleep for long periods of time. Other times it causes disturbances, only to be expelled from the premises, thrown out of a window inside a sigh. Finally, the ghost learns to travel outside of time, only to reappear at different crossroads of their lives.

Watching Me, Watching You is beautifully written. I recommend it highly. 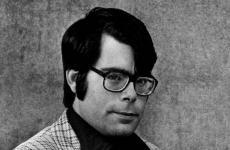 First published in Cavalier magazine in 1973, it was later part of his King’s collection Nightshift. This is an excellent piece. Its allure is due to King’s greatest skill set – character development. The protagonist, Billings, consults with a psychiatrist and tells him the sad and rather strange tale of how all three of his children were murdered by the Boogeyman. Billings displays all the essentials of a multi-dimensional character. What makes this an even greater feat is that King accomplishes this in such a small amount of space. Billings comes alive with all the shortcomings that come with being a human – prejudices, psychoses, and ignorance. All this is subtly and effectively captured in his mannerisms and speech patterns. Hell, remove the boogeyman and leave this tale as a case study of Billings and it would still be a masterpiece.

The Mammoth Book of Haunted House Stories deserves to be sold in a classic-bound edition. This edition should sit proudly on my shelf among my other hardcovers of classic design, including Dante’s Divine Comedy and H.P. Lovecraft’s The Complete Fiction. But I’m not even sure it exists in hardcover. Sadly the book is not on display in my living room. It hides within my e-reader like a shy ghost that’s too frightened to come out from behind the wall and haunt the house.   I have a feeling that the ghosts of these tales will haunt me unless and until I purchase a hard copy. I need to do this. Soon.